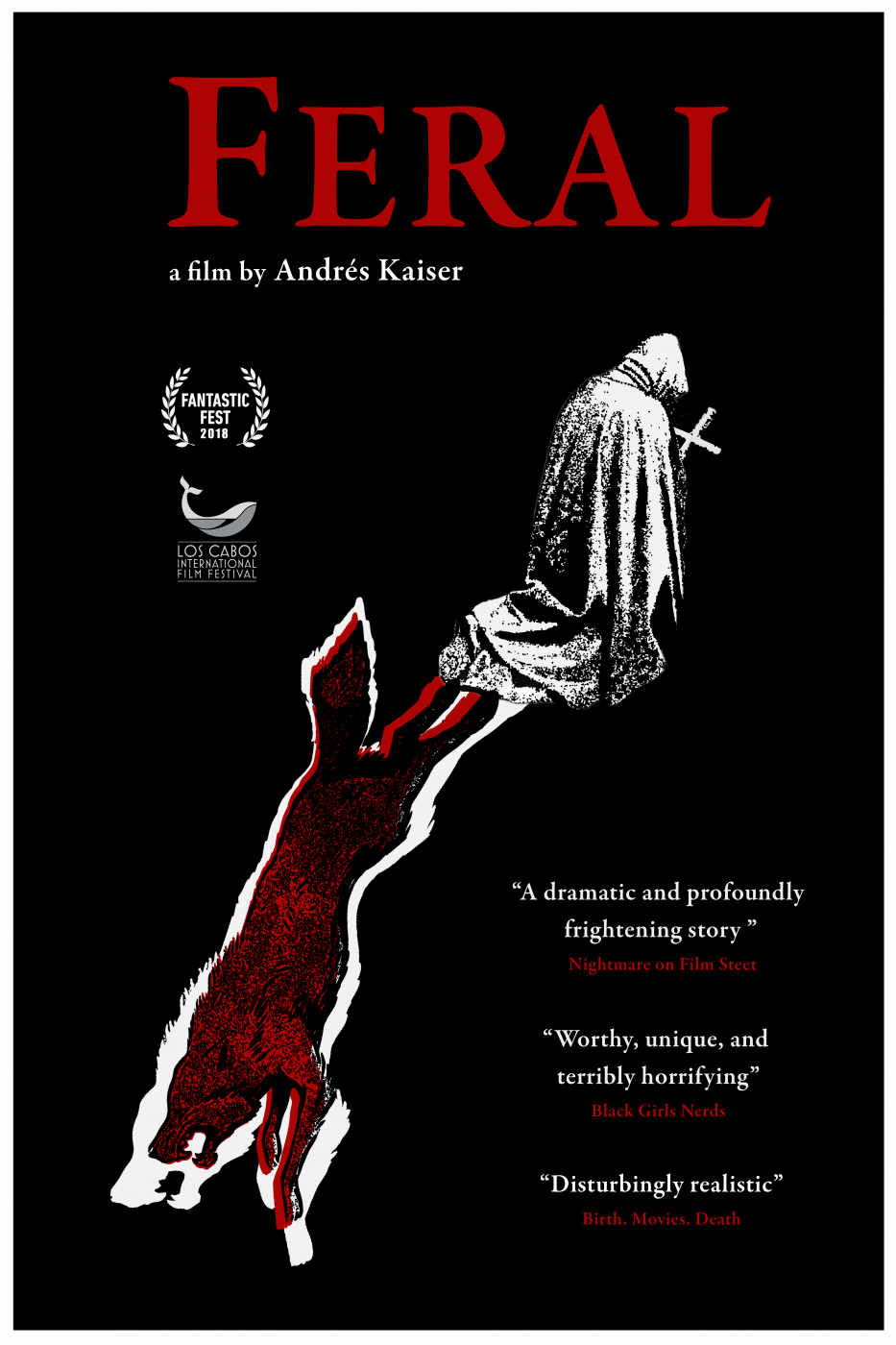 When a small town priest discovers a group of children chained inside a cave on the outskirts of Oaxaca, having been fed scraps and raised as animals for years, he takes it upon himself to keep videodiaries of their progress as he fills them with the teachings of the Church and slowly reintegrates them back into society. But superstitious locals have mysterious plans for the priest and his children. An intricately composed and gorgeously photographed debut film from Mexican shocker Andres Kaiser bursting with images that linger in the subconscious long after you’ve seen them. Using the tropes of found-footage horror, Feral unravels a frightening tale of religious obsession and questions what it means to be civilized.